Parenting – was it really better in the old days?

With tech-savvy 80s kids becoming the parents of today, we look at how technology is helping to ease the burden of modern parenting…

It’s a dated notion that utilising technology to help with parenting is lazy or irresponsible. The new parents of today are millennials, people who were born between the early 80s and mid-90s, and who have grown up with technology in every part of their lives.

From the first games consoles and home PCs, to mobile phones with pixelated monochrome screens, they’ve seen technology develop in step with their own lives and become intrinsically entwined with any number of daily tasks.

To today’s parents, technology is less of a digital demon invading the home to threaten the innocence of their children, and more of a smart assistant who can help with the complex job of parenting and keeping their children safe, in a world that’s increasingly unsafe for children.

The roads are busier, the cars are faster, and the communities in which we live are less tight-knit and friendly. So the onus falls on parents to keep a closer watch on their children.

Keeping track of your children in the home seems like a simple enough task – it’s an enclosed environment that you have complete control over. But anyone who has been in charge of a toddler before will tell you that you can never be fast enough or alert enough – and you should never, ever trust a sudden lull in noise. 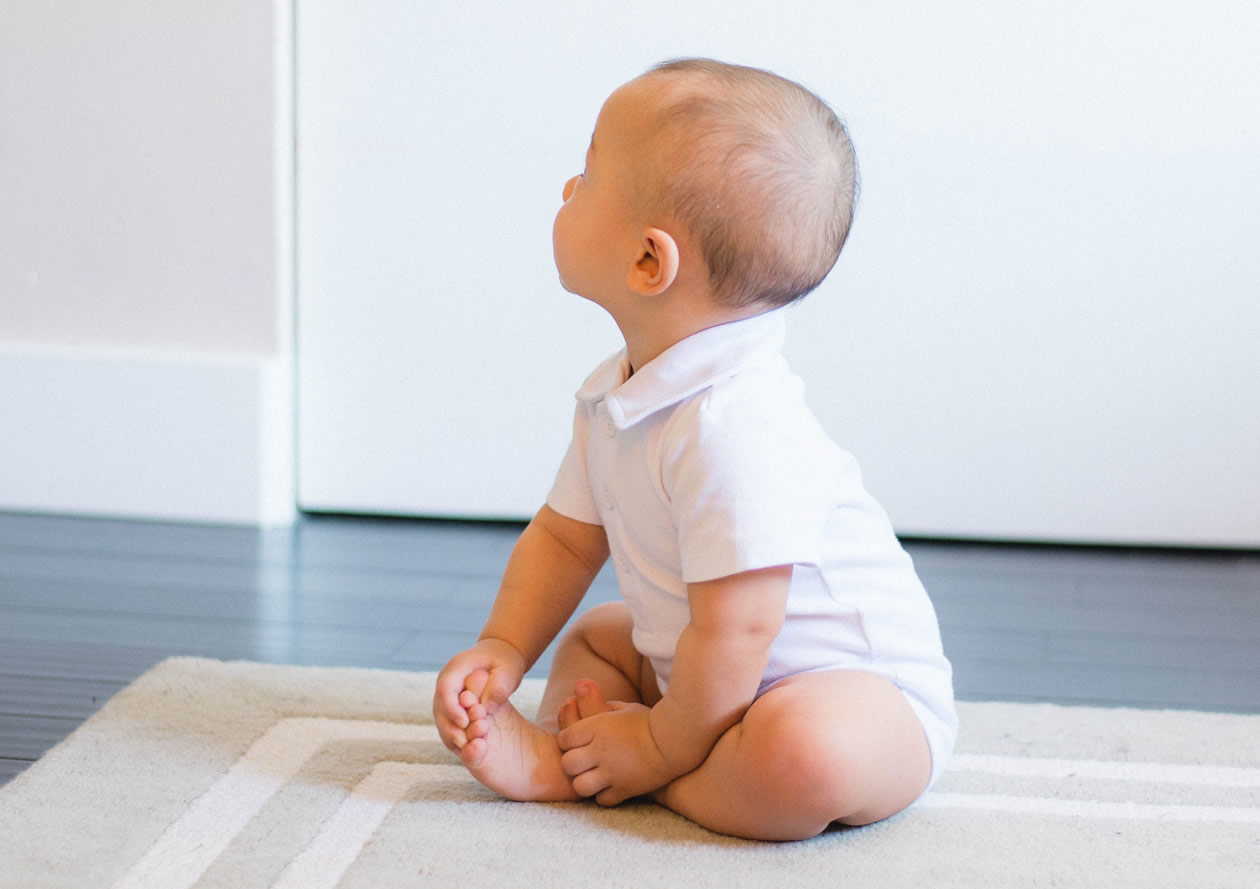 Enter the home of someone with small children, and you will usually find it a shrine to safety, with stair gates, corner cushions, cupboard locks and more to stop curiosity getting the better of the little ones. Alongside these traditional measures, technology can play a part in keeping children safe in the home.

Take contactless door and window sensors for example, which are usually supplied as part of a home alarm system, but can work as an extra layer of security on external entry points. These wireless sensors rely on magnetic connections to maintain a circuit when the doors and windows they are fitted to are closed; when the door is opened the circuit breaks and the alarm sounds.

It’s a feared milestone when a toddler is tall enough to reach (and open) door handles, so having an alarm system that immediately alerts you to this can be a godsend. Smart wireless security cameras can also help with the endless task of child monitoring. Some models, such as the Honeywell Home C2 Wi-Fi Security Camera, have intelligent sound detection that can differentiate between a smoke or carbon monoxide alarm and a crying baby, and will alert you to either via notifications through the smartphone app.

When bedtime rolls around, there’s no end of help to aid in that illusive quest for sleep. Many parents now rely on video monitors to keep a watchful eye on their children once they’re in bed and (hopefully) asleep. Video monitors use a wireless camera to monitor the room, often using infrared technology to make sure parents get a clear picture even in the dark. 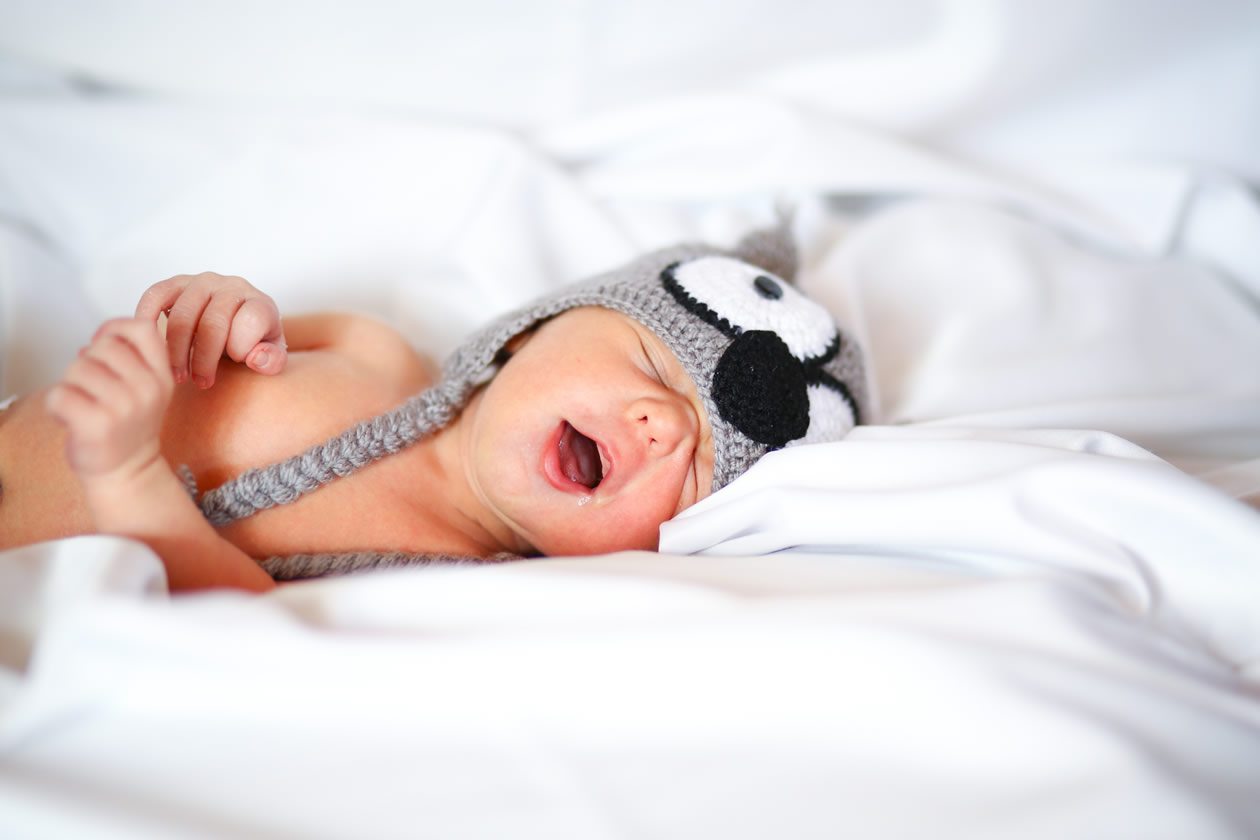 These monitors feed video output to a hand-held parent unit that can be carried around the house. Great for new parents who want to watch their precious newborn sleeping, they’re also ideal for children transitioning to a toddler bed, so parents can be assured they’re not rolling too close to the edge, or getting up for a night-time wander. To allay the fear of SIDS (once known as cot death), many parents opt for a model that also includes a movement sensor. These pads fit under the cot mattress and are so sensitive they can pick up the movement of a newborn’s breathing. If no movement is detected in a pre-set time window (usually 20 seconds), an alarm is triggered.

Smart tech is helping out with day-to-day life too. Every parent has to get to grips with taking their child’s temperature, and this can be tricky, especially as they’re likely to be their least co-operative when they’re feeling under the weather. So developers have unveiled a Bluetooth thermometer pacifier (or dummy for English audiences) that takes an accurate temperature reading with minimal fuss and trauma to little ones.

Once the reading has been taken, the dummy transmits it to a tethered smartphone so it can be recorded, stored and tracked via an app. The app delivers other features too, such as reminders to check the patient’s temperature again later in the day, give medication when required, and builds charts to track readings so you can see the progress of your child’s fever.

Although roughly 2 million children under 15 years old are injured in accidents in the home each year, when we think about the dangers threatening our children we usually think of outside environments. Luckily, technology is bridging the void between imagined fears and real-world considerations. 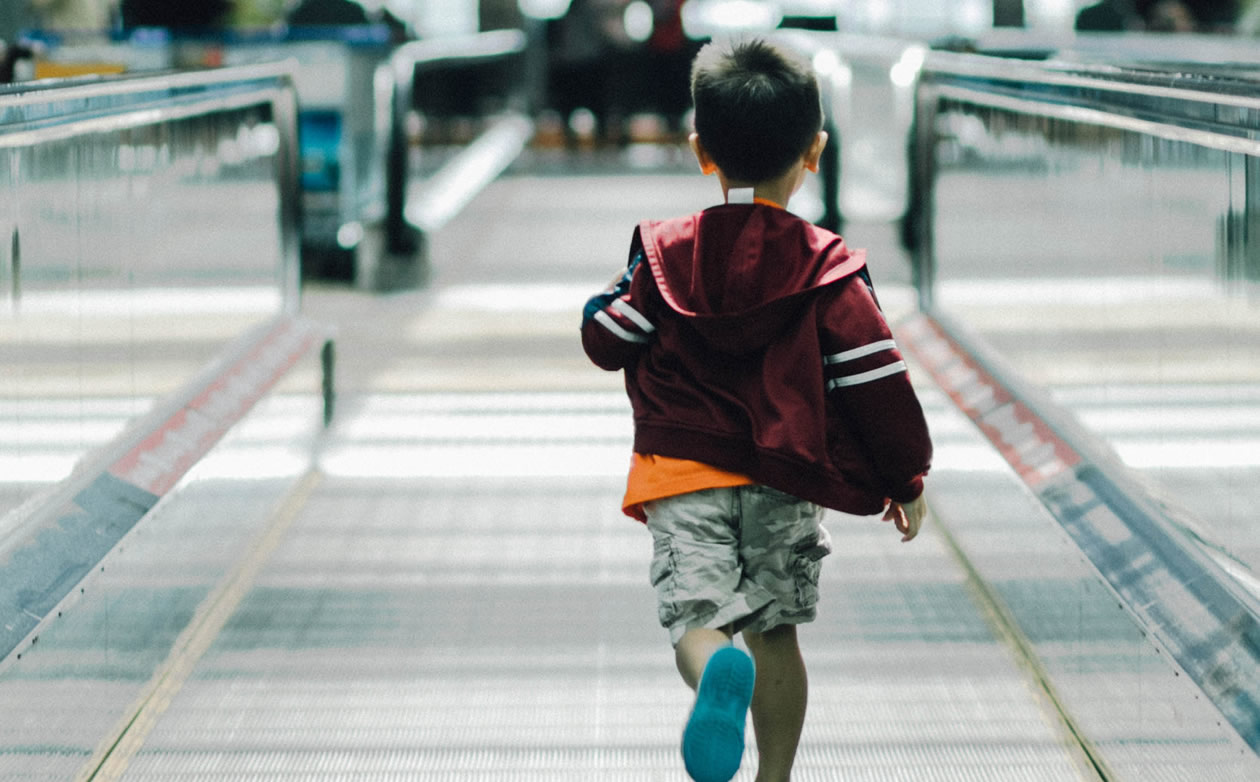 Location trackers are great for when travelling with children

Mobile giant Vodafone has released a series of wireless, Bluetooth devices that can be used to track your possessions, pets, and even your car with real-time GPS locations. Ostensibly marketed to keep track of your handbag or laptop bag, the V-Bag is a robust, colourful and easy to attach GPS locater which, when tethered to an app on your smartphone, can tell you its precise location. You can even set safe zones, such as round the house, hotel or playground and the app will alert you if the tracker, and the thing it’s attached to, goes outside these set areas. Perfect for use when travelling, the V-Bag will help keep track of children in busy airports, theme parks, beaches and unfamiliar cities. 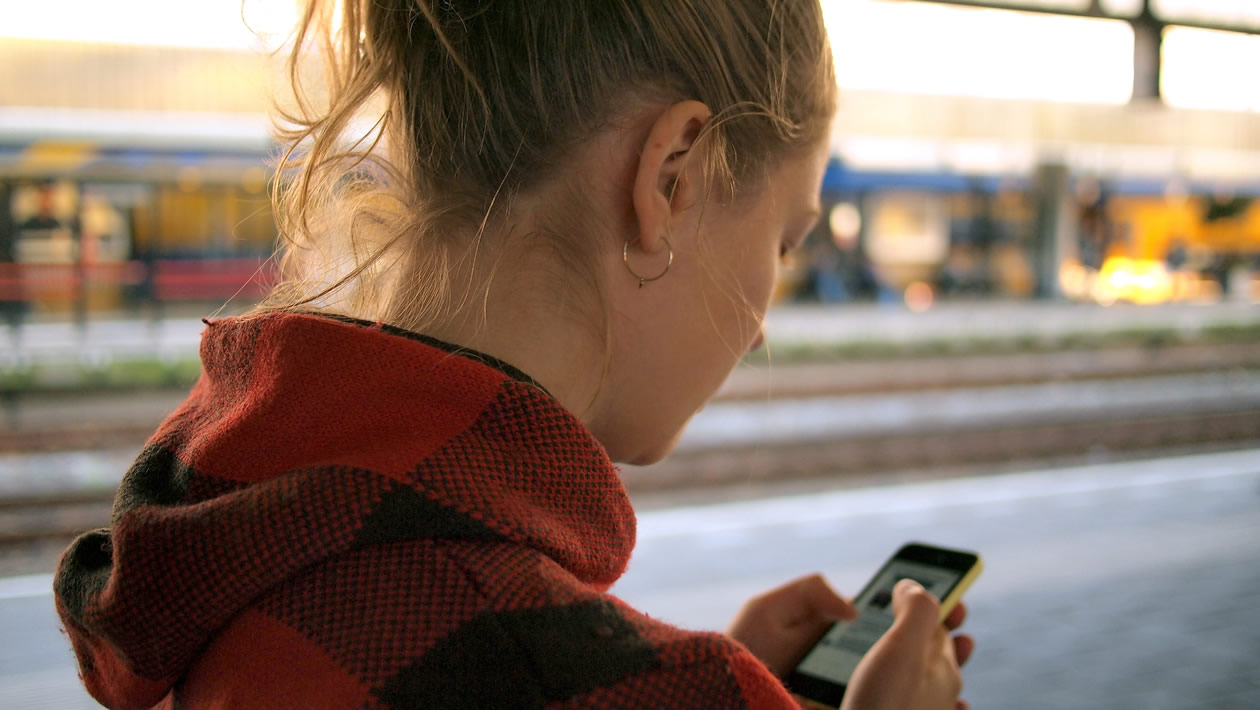 For older children who may own smartphones of their own, there are now a number of programmes that allow parents to track their children’s movements via their phones. Sometimes referred to as spy-apps, these morally ambiguous programmes turn the child’s phone into a GPS locator, and allow parents to keep track of their children away from the home, with the ability to set pre-determined safe zones (such as a certain radius from a friend’s house, or not leaving the shopping complex) that will alert you if they are breached.

Some apps also allow parents to monitor their children’s app usage, read their messages and see what they are searching for on Google. Though not illegal, programme developers are keen to stress that these kinds of monitoring programmes should be used with the full consent of the child, under the catchall notion that ‘if they’re not up to anything, they won’t have anything to hide’. However, Child Protection groups argue it invalidates the important milestones of independence that all children must go through, so the water remains murky around this particular issue. 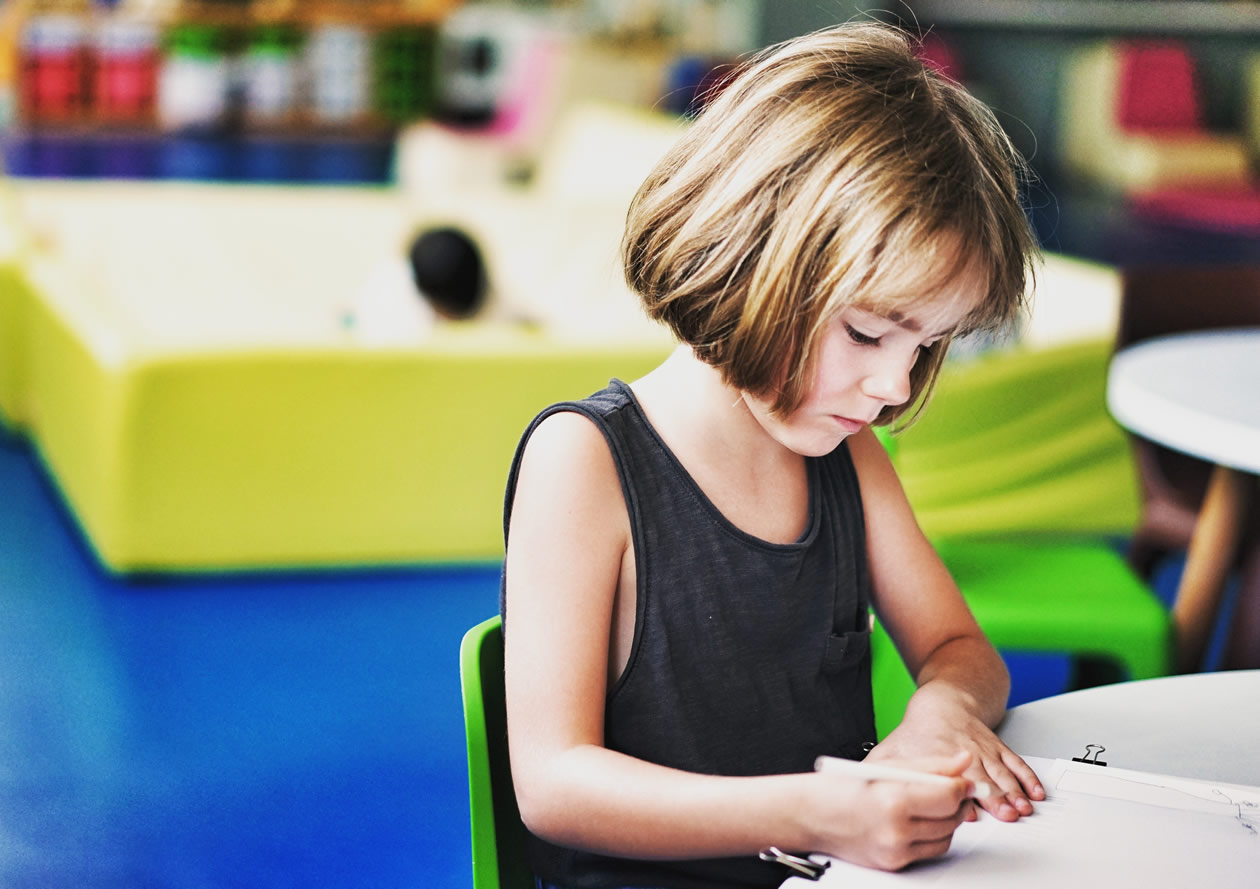 If you use a local childcare provider such as a nursery or pre-school for your child, it’s likely you’ve been introduced to their online learning portal too. Utilising heavy password protection and strictly for parent/teacher use only, these online portals are used to upload pictures, videos and documents, sharing with parents what their child has done during the day under someone else’s care. It can be a great way of documenting milestones and sharing new behaviours – both good and bad – and parents can also update the portal with information about things their child has done at home and may bring back into the class or nursery room.

As they grow, these portals can be used for more educational content, logging reading time at home and at school, sharing spelling lists and for uploading homework. Long gone are the tattered report books that parents needed to sign; now parent and teacher interaction can take place any time, anywhere, with the added bonus of multimedia content to capture every aspect of the school day.

Although it’s worth saying that there can be no replacement for dutiful parenting, technology certainly has a place in the modern family environment, providing a helping hand that today’s parents are embracing. And with developments happening in every field on a near weekly basis, one has to wonder what the future of parenting will look like in the next 50 years. 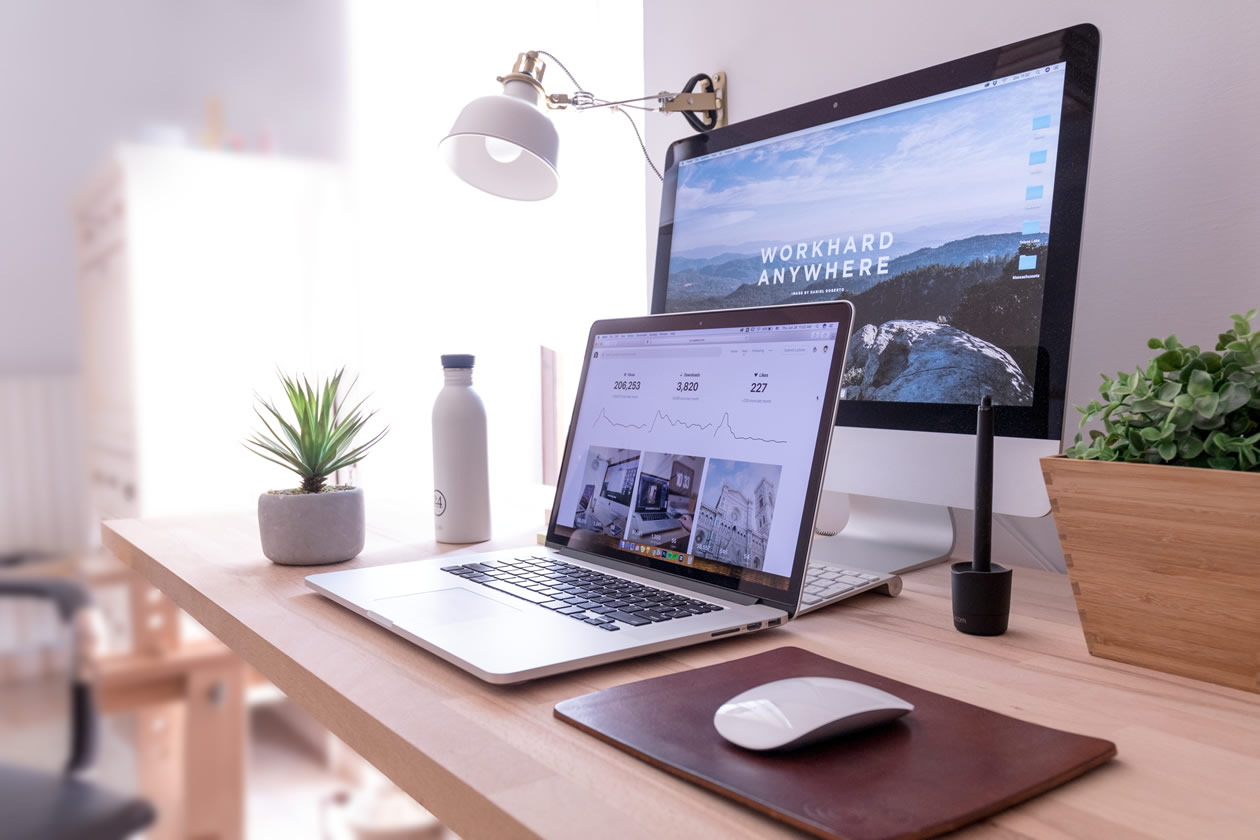 Working from home, and how to make it work for you…

Live well with sight loss. Our pick of the best home hacks and life tips for meeting the challenges of a visual impairment. 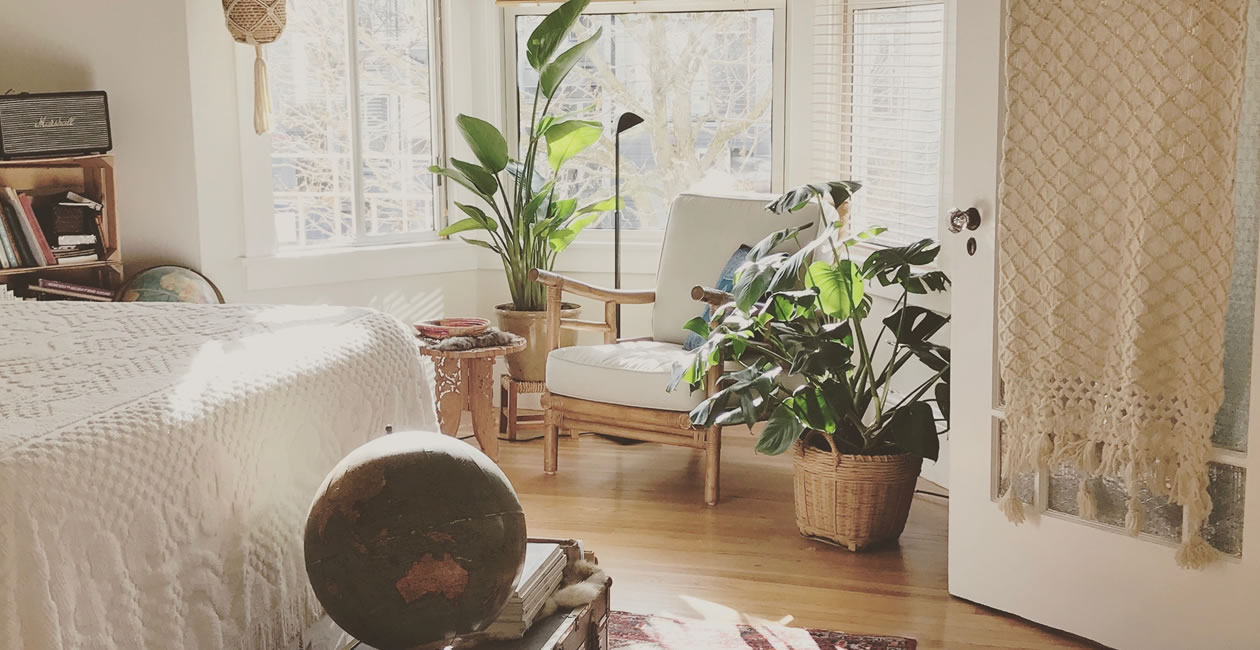 First-time buyers? Before you pick up the keys, read our top 15 tips to make moving in a breeze.